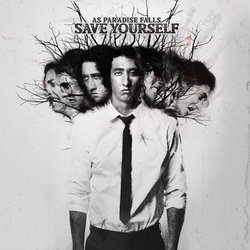 As Paradise Falls national tour continues this month with some big dates across Australia!

The band will be joining the Molotov Solution on their Adelaide and Perth tour dates starting on November 19. On top of that they will also be playing a bunch of huge headline shows in NSW thanks to Rad Records. NSW dates come with support from Enfield, The City at Night, Awaken I am, Save the Clock Tower and heaps more!

The band is touring in support of their recent album release “Save Yourself”. The Album was produced, mixed and mastered by Shane Edwards at Karma Sound Studios and Electric Sun Studios.

Equilibrium was released earlier this year and is the first single from the band’s the record. The track premiered on Lochlan Watt's triple j show THE RACKET in July.

As Paradise Falls consists of Ravi Sherwell (vocals), Danny Kenneally (guitar) and recently reformed with Glen Barrie (guitar), Brenton Hayes (bass) and Christian Rady (drums). Combining their love of mainstay hardcore and metal bands such as August Burns Red, I Killed The Prom Queen, Whitechapel and Chelsea Grin, they smash barriers with their own style that is both heavy and catchy.


Equilibrium is a brutal deathcore track from As Paradise Falls. Breakdowns, Screams and loads of GRIM.