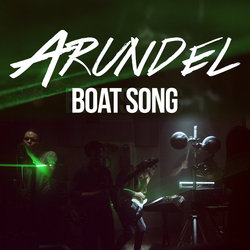 Since 2010, Brisbane’s Arundel has spent endless hours honing his song-craft & live performance. Over the course of 2 prior EPs (2010’s Naturestrip, & 2012’s Olive Caves) and several East-Coast tours, the Arundel project has evolved dramatically within the recordings and especially in the live show. Appearing now as a 5-piece live band,Arundel performs more like a rock-band with grandiose soaring arrangements drenched in electronic samples and effects.

They are so much more than the once keys/laptop solo performance, it is truly an all-encompassing full visual and audio production that belongs on festival main-stages.

The new EP “Channels,” released May 16, explores a more accessible sound to previous releases yet still within the framework of electronic music artistry. Each song experiments around a cohesive core which ebbs and flows across the whole EP highlighting the pop sensibilities of this new Arundel format.


"Vocals float over the sepulchrally echoing triphop beat.... Complete with a beautiful string interlude to justify it’s seven minute runtime, Arundel do what so many could not."
- 4zzz Chris Cobcroft