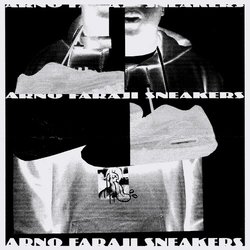 A breath of fresh air on the scene, 18 year old Perth-based Arno Faraji is an artist at the forefront of the ever-changing landscape of Australian hip hop. The winner of triple j’s Unearthed High in 2017, and the first hip hop artist ever to do so, Faraji’s sound is inspired by artists such as Childish Gambino, J Dilla, Chance the Rapper, Kaytranada, and Goldlink. His aim is to make ‘vibe music’ - “It really all comes down to the vibe, whether it’s what I’m feeling, what I want to feel, or want to deliver.”

As praised by triple j Unearthed Music Director Dave Ruby Howe, Faraji’s “raps crackle with intelligence and electrifying attitude, but it’s the self-produced futuristic house beat that elevates the track to another level.” Since winning Unearthed High, he has been honing his live show, performing at Groovin’ the Moo, and upporting Rejjie Snow, Smino and Cosmo's Midnight on their Australian tours.


Sneakers is a low key banger that not only shows off Arno's rhymes but also his strengths as a producer. The slow-burning track sees Arno deliver his signature flow over a dreamy, aquatic beat that will burrow into your ear and not let go!