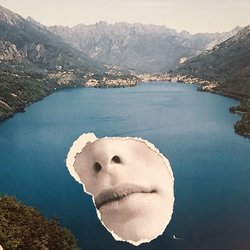 Initially gaining attention as a versatile session songwriter and producer, being a vocalist in his own right was not always Archy Stranger’s intention. Initially favouring processed or sampled vocals in his works, he found himself slowly incorporating his own unique baritone sound after creating several promising reference tracks for other artists. The tracks that have since formed his upcoming debut EP laid dormant for almost two years due to record label creative differences, and he continued to focus on his production work, but now the time has come for to have his own voice heard.

Archy Stranger’s recent collaborations in the studio include the likes of Tkay Maidza, as well as triple j Unearthed favourites Tobiahs and Austen, with the latter’s 2018 alt-pop anthem ‘Too High To Cry’ and forthcoming debut EP wholly produced by Stranger.

On ‘Rumours’, the dynamic production between Ross James, aka upsidedownhead, and echoes tension and conflicting emotions while showcase the alternative electro pop sound that has become a staple in Archy Stranger ’s work.

On Archy Strangers’ second single release of 2019, ‘Home’, listeners have once again been treated to a showcase of Stranger’s anthemic style.


Originally written over two years ago, after arriving back in Australia from months of travelling, ‘Home’ has been a story of longing, patience and self-discovery. Featuring horus-elevating backing vocals from Archy Stranger’s friend and collaborator, Austen.