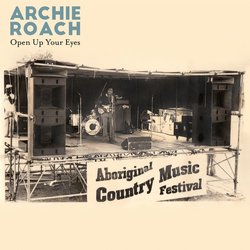 Archie Roach is one of Australia's most treasured songwriters, with a career spanning almost 40 years. Born in Mooroopna, in Victoria the family moved to Framlingham Aboriginal mission, Warrnambool in south western Victoria, where Archie was forcibly removed from his family at an early age as part of the notorious 'stolen generations'.

Institutionalised and then fostered, the Archie Roach story has been well documented. A former homeless alcoholic, Archie recorded his first record, Charcoal Lane, in 1990 with Paul Kelly and the late Steve Connolly as co-producers.

The album featured the song, "Took the Children Away"; a song that dealt with Archie's personal experience of being forcibly removed from his family.

The album won two Aria Awards and a Human Rights Award - the first time a Human Rights award has been awarded to a songwriter. It was also in the US Rolling Stone's Top 50 albums for 1992 and achieved gold status in Australia.

Aside from his recorded offerings and many awards, Archie has also performed with some of the top names in the entertainment business - including Leonard Cohen, Rodrgiuez, Paul Kelly, Bob Dylan, Joan Armatrading and Patti Smith


Archie Roach returns with his new single ‘Open Up Your Eyes’, from his forthcoming album Tell Me Why. It was the first song Archie Roach ever wrote, in the late 1970's during a stint in a St. Kilda rehab facility. But, it has never been recorded until now.