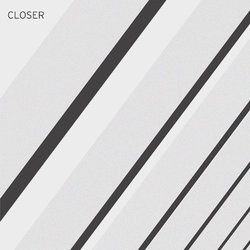 Welcome to the world of Aquila Young. Contrasting light and dark, her art provokes the senses, reflecting a brazen world of isolation, mystique and curiosity. Small and fragile with instinctive flair, Aquila Young observes the world around her, turning the tangible and intangible into sound.

Inspired by vast landscapes reflective of her travels and thirst for adventure; her sound can be described as ambient, swept up in rolling drums, resonant vocals and dreamlike synths. This motif of power and strength emulates throughout her persona and song writing; her name itself translated in Latin to ‘the eagle’.

Her 2015 debut single, ‘Vagabond’, was a bold, rise-above-the-ashes track that emanates a sense of confidence. It is mysterious and empowering, fearless and tenacious, yet warm and uplifting. Released independently, the track has amassed over 700k streams on Spotify alone, paving the way for a coveted, debut live showcase at 2016’s BIGSOUND and performances at Jungle Love Festival, and 2018’s Commonwealth Games.

Born and raised in Australia to Singaporean/Vietnamese parents, Aquila’s cultural influence stems from her diverse South East Asian heritage. Her musical influences are haunting of an earlier ‘Radiohead’ with a voice that exudes confidence and wisdom beyond her years.


‘Closer’ explores sonic textures through vibrant synths and eastern percussion, gritty hip hop drums and a soundscape suggestive to the opening credits of a James Bond film. Fusing elements of hip-hop and R&B with world instruments, ‘Closer’ represents a new phase for Aquila Young, bolder and braver than before.