Anubis - And I Wait For My World To End 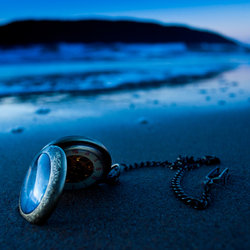 Anubis is a cinematic progressive rock band from Sydney, Australia. The band has gained a keen following worldwide since the release of their critically-acclaimed albums '230503' and 'A Tower Silence'.

Anubis' music is dynamic, varied and cinematic in scope. Their single minded artistic vision has resonated with audiences, evident in enthusiastic responses at a string of Australian festival appearances, including Menagerie, Featherfest and Progfest.

The band have shared the stage with notable acts including The Red Paintings, sleepmakeswaves and Meniscus – as well as being hand-picked to support InsideOut Music favourites Unitopia in 2011.

In 2009, Anubis began an association with experimental rock promoters The Bird's Robe Collective, who have been instrumental in exposing the band. This association lead to the release of Anubis’ second album, 'A Tower of Silence' through Bird's Robe Records, in September 2011.

Whilst relatively unknown in their home country, ATOS has resonated particularly well with listeners overseas, topping German distributor Just For Kicks' sales charts for 3 months and being named amongst a series of year-end top 10 lists for progressive rock albums in 2011.

The band is currently touring Australia before recording their third album, due in 2013.


The second single from Anubis' latest album 'A Tower Of Silence.'

And I Wait For My World To End is a soaring melodic journey of mournful yet hopeful emotion. Featuring silvery guitar leads mixed with the classic Anubis penchant for an epic, it is one of the band's finest moments.


Other tracks by Anubis: Another Narrow Margin
%