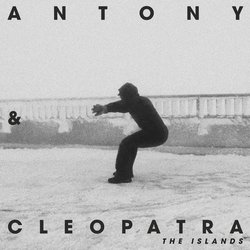 Collaboration has been key to Antony & Cleopatra’s success, first appearing in 2014 with appearances on Lancelot's 'Givin' it Up'/'Make Ends Meet', Beni's house jam 'Protect', and Nicky Night Time’s modern classic ‘Careful Baby’ the pair then put out impressive solo singles in the form of ‘Sirens’, ‘Take Me’ and ‘Love Is A Lonely Dancer’. The duo are a sought after pairing, lending soulful vocals to many collaborations and guest productions. Most recently, featuring on Motez’s latest single ’The Future’, which has over 5 million streams on Spotify.

Meanwhile, Antony & Cleopatra’s Alexander Burnett has lent his songwriting craft to countless hits such as DJ Snake’s ‘Talk’, Tieks’ ‘Say A Prayer’, LDRU’s ‘To Be Free’, Alison Wonderland’s ‘U Don’t Know’ and ‘Run’, Flight Facilities’ ‘I Didn’t Believe’, Motez’s ‘Own Up’, Hayden James’ gold selling record ‘Something About You’, as well as songs with Japanese Wallpaper, George Maple, Paces and many more.

After signing with Dew Process / Universal Music Australia in 2017, everything has been on the rise for the transcontinental outfit, with ‘The Islands’ set to appear on their full-length, debut album, details of which are yet to be announced.


The pulsating new single sees the duo of Alex Burnett (ex-Sparkadia) and Anita Blay once again utilize their hypnotic vocals and four-on-the-floor beat combo to transfixing effect – a natural progression from their vogue-worthy earlier singles, ‘Dust’ and ‘Twitch’.