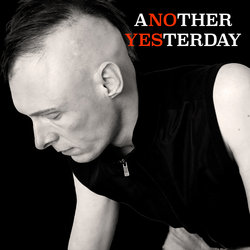 Anthony is an award winning composer, producer and mixer. Irish by birth, he honed his craft in Australia. He has written over one thousand pieces spanning the rock, pop, classical and jazz genres and won many awards for his production, mixing, writing and performing. Accolades include ARIA nominations (Best MusicDVD), MusicOZ Awards (Song of the Year 2013, 2016), TropScore (top ten score 2012) and Defence Force Medals for Musical service (2008, 2009). He has mixed, produced, composed and performed on gold status records and his compositions appear in television and cinema worldwide.

In addition to playing 3000+ shows, including performing at Madison Square Garden and playing for the troops in Afghanistan, Anthony has worked with hundreds of artists including Shawn Stockman (BoyzIIMen), Birds of Tokyo, Sophie Monk, and The Game as engineer, mixer, producer and/or composer.

His compositions appear in countless television shows and theatrical releases, notably The Vampire Diaries, The Originals, Pretty Little Liars and Star Trek: Beyond the Stars.

2019 sees Anthony taking the stage with a stream of new releases from his upcoming album, placed for release early 2020.


We live in a world of billboards, advertisements and constant pressure to succeed and be better. Everywhere we look is littered with corporate slogans and sales pitches. We are conditioned to live for tomorrow at the expense of today. "Another Yesterday" is a window into this and ponders what it is all for.