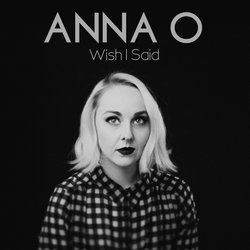 Beats, style and a voice that will take your breath away - meet Anna O. In 2013 after studying at the Western Australian Academy of Performing Arts, Anna put together a 3-piece band and began refining her sound.

In 2014 Anna released singles ‘Sleepless’, ‘Hibernation’ & ‘Symphony’ to sell out shows and rave reviews from Tone Deaf, Xpress and The Brag. Her latest offerings ‘Close My Eyes’ and ‘Whisper’ have caught the attention of jjj with Zan Rowe commenting, “your voice is perfectly suited to this production, almost a note alongside the other synth lines”

Serious buzz is building around this young Perth artist who is consistently releasing world-class music. Keep an ear to the ground as Anna is working on a new EP due for release later in the year.

“If the momentum gathered in 2014 is anything to go by, two things are clear. This fiery indie-pop maven doesn’t disappoint. And if you haven’t heard of Anna O, you will soon”
- Tone Deaf