Animal Hands - Edge of the World 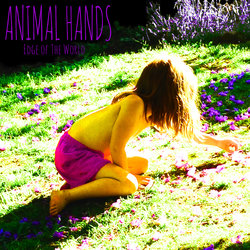 Animal Hands are an indie rock band formed by singer songwriter Danielle Whalebone. They released their debut EP at Cherry Bar in April 2013, the self titled EP produced by Lindsay Gravina. Gaining international reviews and airplay on Triple R, PBS, FBI and Triple M, and KGRG the station that launched the Seattle sound.
2014 Animal Hands returned to the studio where they worked once again with Lindsay Gravina recording two singles ‘Roaring Girle’ and ‘Edge of the world’. They released the first single in September 2014 went on to receive international and national airplay.
Danielle was eager to get back into the creative process and in early April 2015 she began recording Animal Hands debut album. Now half way through the album. The band have been working tirelessly releasing five film clips. The latest clip retells the wonderland story with stop animation sourced from the 1950’s and will be released with the single “Edge of the World” on the 24 of October. Music Beacon (UK) said that “considering the band only formed in 2011, they have covered a lot of ground very quickly. Finding their sound, recording and releasing in under two years is a very impressive accomplishment”.


“Edge of the World”
By Danielle Whalebone ANIMAL HANDS.