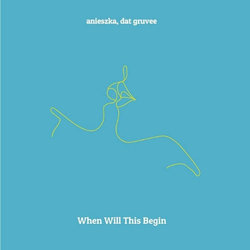 Anieszka's gained a wealth of experience & success since beginning her journey in 2008 with the release of her first single, 'Boy’, which proved very popular, quickly gaining momentum on German charts & local radio in Sydney, Australia. At age 15, Anieszka recorded & released her self-titled EP.

Following the EP, was dance/house track, ‘Lost in You’. 2016, she began working with producer Luke Murphy from the UK & released ‘Fall into You’, an indie pop jam with light airy vocals, followed by ‘Vibe’, which became the ultimate summer jam, appearing on Indiemono’s ‘Charts 2017: Pop Songs’ Spotify playlist, Magazines & gaining airplay on Radio in Jamaica, UK & Tel Aviv.

In 2018, Anieszka had the opportunity to work with Peter Holz (Gang of Youths, Peking Duk, Olly Murs) & together they created ‘Alchemy’.

Her most recent EP, ‘Elixir,’ broke down genre barriers as Anieszka experimented with various sounds & themes.


‘When Will This Begin’ is a spice blend of Afrohouse/R&B with Sultry vocals that it makes people feel like anything’s possible. If Dat Gruvee & Anieszka are able to make people feel that way, they've already reached success. 'When Will This Begin' is an Afrohouse/R&B track from an alt-r&b/soul artist allowing Anieszka's voice as an instrument flow through the music;