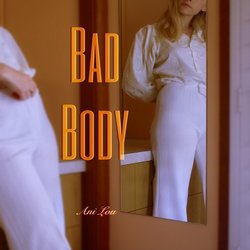 Since beginning performing her works in 2016 ‘Ani Lou’ has been invited to support artists such as Nai Palm, Ali Barter, Husky and Tiny Little Houses. As well, Ani Lou has been invited to perform at regarded events such as Dark Mofo (2017), The Falls Festival (2017) and Leadbelly (National Live Music Awards, Sydney). In 2017, Ani Lou was nominated for the National Live Music Awards “Live Performer of The Year” for Tasmania.


These achievements are particularly notable for the creator of Ani Lou, Kate Southorn, as for the past several years she has lived with Myalgic Encephalomyelitis (Chronic Fatigue Syndrome), a debilitating illness that leaves sufferers with severe energy depletion and autoimmunity disorders.

“’Bad Body’ is a song for those who have felt out of control in relation to themselves and their surroundings. It explores the lack of self-trust I have experienced within my physical body throughout a chronic illness.”