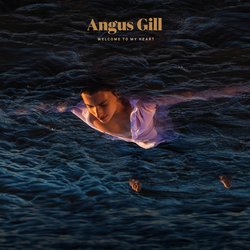 Singer/songwriter Angus Gill is quickly establishing his place as one of Australia’s top rising country music artists, receiving a coveted Southern Stars Australian Independent Country Music Award. At 21 years of age, the authenticity in Gill’s distinctive vocals, warm stage presence and trademark brand of humour is evidence that he may have been on this planet before. From playing in a boxing ring at a Sonny Bill Williams fight, to appearing on Studio 10, The Daily Edition, The Ray Hadley Show and many more, the Wauchope born entertainer is earning his place on both national and international stages. Among his fans is Guy Sebastian, who mentioned, “Forget Duncan, I wanna have a beer with Angus.”

Gill’s debut album Nomad has an overarching theme of journeys, spending several weeks cruising along the ARIA Country Albums Charts. Gill had a #1 song on Australian Country Radio with his second single Hands are Clean. Not only did he co-write the songs with the cream of the crop of the Australian Country music scene, including Adam Harvey, Gina Jeffreys, Luke O’Shea and more, Gill also produced, engineered and mixed all 13 tracks on this debut album.


"I was thinking back to my childhood memories and the house that I grew up in, the abundance of photo albums showing me learning to play guitar, the mini concerts I held in the backyard, getting my hands dirty building our herb garden and repairing the chicken pen when the foxes got too close. It’s my Origins"

Other tracks by Angus Gill: Welcome To My Heart  -  Don't Care How Long It Takes