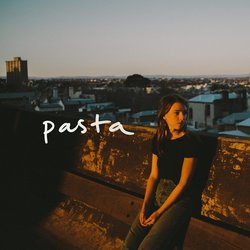 Angie first drew the attention of the Australian music scene with her first single 'Slow Mover' which quickly connected to enthusiastic audiences. The track landed at #33 in triple j’s Hottest

100 in 2017 and secured an honourable mention in the Vanda and Young Songwriting Competition. Second single 'Missing Me' landed at #49 in this year’s triple j Hottest 100 and delivered a nomination for Breakthrough Artist of the Year (AIR) and third single 'Keeping Time' topped the most played list at triple j.

All singles have garnered support in the online world both locally and internationally, receiving over 16 million plays on Spotify and Apple Music and Angie recently embarked on her first headline tour of Australia selling out 1500 - 2000 capacity venues.

In the last 18 months Angie has toured with the likes of Father John Misty, The Shins, Alanis Morissette, Angus & Julia Stone, Leon Bridges and Mumford & Sons. Angie entered the Australian festival circuit playing Splendour in the Grass, Laneway Festival, Secret Garden and NYE on the Hill and will perform around Australia at this year's Groovin the Moo in 2019.


A song about feeling really tired, trying anyway and wanting to rock out like Springsteen, 'Pasta' sees Angie liken eating too much gluten to feelings of loss and hope.