Angie McMahon - And I Am A Woman - Internet Download 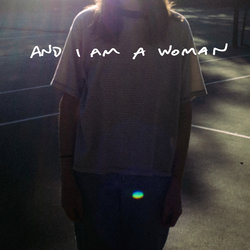 Angie McMahon is quickly gathering a reputation for moving audiences with her soulful ruminations on life, love and takeaway food.

Angie dove into the Australian music scene with her first single Slow Mover which quickly connected to enthusiastic audiences, landing herself #33 in triple j’s Hottest 100 last year. Since then Angie has released two follow up singles, Missing Me and Keeping Time.

The singles have garnered support in the online world, receiving over 20 million plays on Spotify and Apple Music and Angie recently embarked on her first headline tour of Australia selling out 1500-2000 capacity venues, before winning the Grulke Prize at SXSW, previously won by Haim, Chvrches, Leon Bridges and Courtney Barnett.

Angie McMahon’s debut album ‘Salt’ is out on 26 July 2019, with both national and international touring dates to be announced.


Angie’s intimate and powerful songwriting couples melancholy and solitude with anthemic guts, and truthful storytelling, which is connecting with audiences around the world. Latest single, ‘And I Am A Women’ Angie says “There are all these things that our society teaches us about bodies, spaces, choices, feelings, safety, that we have to question and unlearn and do better with."