Angie - Blood On My Eyes 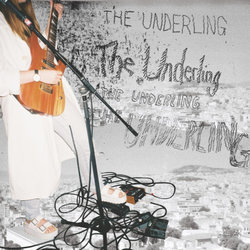 A fleeting encounter at an alleyway gig in Athens, Greece in 2016 led Angie to meet John Vulgaris. The much-esteemed Greek engineer and producer had set up a makeshift studio in the Psyri neighbourhood of Athens, to which he invited Angie to record what would become the beginnings of The Underling.

After a solidified period performing piano compositions from her third LP 'Shyness', as far afield as the Sydney Opera House and a small dive bar in Tokyo, Angie describes The Underling as a return to exploring various dimensions of the rock and roll genre; “the final chapter to the exploratory rock trilogy initiated by Turning (2013) and continued by Free Agent (2015) - dirty, sometimes desolate, yet hopeful and groovy rock and roll.”


Blood On My Eyes is the first track to be lifted from Angie's fourth studio album, The Underling.