Andy Golledge - Run To The River 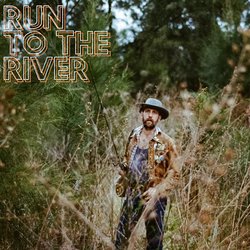 Andy Golledge is a livewire and a gentle soul, trapped in a 70s tuna fisherman’s body. He looks like your old man back in the day, sounds like Neil Young, with the energy of Springsteen and a vulnerability all his own.

If you haven’t heard of Andy, it’s not because he hasn’t been around. Most of Sydney’s live music lovers have either seen Andy strip to his undies at a show, gotten topless at one themselves, shed a tear in the crowd, or, most likely – all three.

This Tamworth native's tracks span from foot stompin’ party starters to the heartachingly fragile. Cause that’s life, isn’t it? They're painfully honest, instantly relatable, and catchy as all hell.

As the inaugural winner of the Americana Music Prize and off the back of Americanafest in Nashville, if Australiana-Americana wasn’t a thing before, it is now. ‘Run To The River’ is the first single from Andy’s forthcoming debut EP Namoi – out Friday 7 February. Andy is playing a free show at Marrickville Bowlo on Thursday 21 November and is on the bill for Fairgrounds Festival in Berry this December.


Andy’s spectacular debut single ‘Run To The River’ was written for his twin brother Nick.

"My brother and I love to fish when we’re together. When I go back home to Tamworth where my brother lives and where we grew up, we spend most of our time by a river – usually the Namoi or Peel."