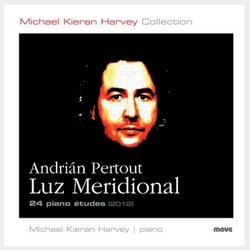 
Toward the style of Arthur Benjamin - and also not!
A lively piece of musical art, crafted superbly by Michael Kieran Harvey - jumping from note to note, register to register, frenetic and electrifying!