Andrew Swift - King of the Sky 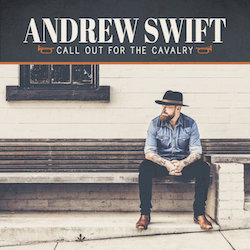 Making music can sometimes feel like you’re drifting on the ocean, waiting for inspiration to appear like shore on the horizon. For Australian singer-songwriter Andrew Swift, the sea was the Melbourne music scene. Following the release of his acclaimed 2015 debut, Sound the Alarm, he was adrift in the sprawling waves. But coastline appeared in the form of country and Americana music. These timeless genres reinvigorated his songwriting and new music flowed around him.


Starkly personal, King of the Sky, tells the tragic tale of loss. “I was very close to my uncle when I was a kid, he filled the role of my Dad once my folks split,” Swift says. “He was a pilot and passed away in a crash when I was nine. This song is written around that memory..."