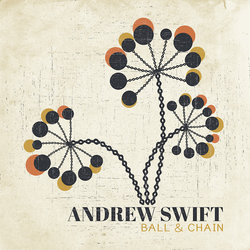 Andrew Swift is a 2 x 2019 Golden Guitar winner for Alt Country Album of the Year and New Talent of the Year.

Call Out For The Cavalry was a debut album, of sorts – not Swift’s first album, but his first Alt-country record. Upon release in March 2018, it found itself on the charts and achieved the following positions:

The album has also unleashed 5 singles, including Reckless Desires, Runaway Train (one of 2018’s most played singles on country radio), King of the Sky, and Golden Guitar nominated for Vocal Collaboration of the Year, Fire & Ice featuring Catherine Britt, plus his latest, Ball & Chain.

Andrew has toured tirelessly over the past 2 years, giving up his day job to concentrate on his music, including supporting and touring with The Wolfe Brothers and Shannon Noll, plus his caravan park tours with Gretta Ziller, which has become a successful brand within itself, and now sponsored by Jayco.


Ball & Chain is an up-tempo track that tells of the struggles of coping with those moments where your brain creates obstacles filled with self doubt.