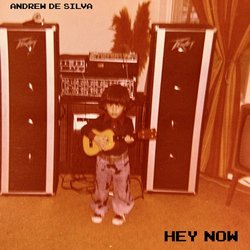 Whether you know him as the Winner of Australia’s Got Talent 2012, or from the Multi Platinum ARIA Award-Winning band CDB, or caught one of his acclaimed shows paying tribute to Prince, well respected Producer/Artist Andrew is the “real deal”. For those brought up in the 1990s, CDB provided a soundtrack to growing up. Their smash hit Let’s Groove was a favourite in CD-Walkmans everywhere and won Andrew and bandmates an ARIA for Highest Selling Single. Before stepping into the limelight, Andrew was already well-versed in the way of music, playing since he was a child. He effortlessly steps between musician – singer – producer – writer – being dubbed an ‘all-rounder’.

Fast forward from the 1990s to 2012 and Andrew De Silva stepped back into the spotlight as a solo performer within his own right, wowing judges and audiences alike on Australia’s Got Talent, eventually taking home the top gong on the show. He demonstrated he was the ‘real deal’, and showed fans and critics that talent always shines through. Throughout his career he has also opened for international heavyweights such as Mariah Carey, Boyz II Men, and Shaggy, to name a few.


"Hey Now" is song to the free spirit .Written and produced by Andrew De Silva (CDB, winner of Australia's Got Talent)

It drips with summer vibes and a slight retro feel. It’s to the one taking their own road, which can sometimes lead to a lonely place.

So be free "lonely child" its a good day to be alive!