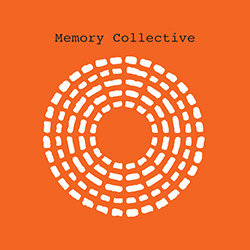 Andrew Barnum, was born in Greenwich Connecticut USA, relocating to Sydney as a boy. Singer-Songwriter and guitarist, this distant relative of the great PT Barnum is a long-blooming, original artist.

Returning stateside at the early 80’s to pursue a career in music and design Barnum met Lissa Mendelsohn in LA and upon returning to Australia they formed the electropop duo Vitabeats.

Vitabeats had success with their dance hits ‘Boom Box’ and ‘Audrey Hepburn’. Successful videos and performances on Countdown led to the album ‘Spot the Spanner’ with the track ‘Build it Right’ appearing in local film ‘Emoh Ruo’.

From the mid 90s, Andrew has made 4 solo albums with Boris Hunt. All were recorded at Boris’ Black Rabbit Studio, in Hartley, NSW. Memory Collective is the latest album from this collaboration. The music draws inspiration from the work of Guy Clarke, Nick Lowe, The Band, Cowboy Junkies and Mazzy Star.

The songs are written and performed by Andrew Barnum, produced and played by Boris Hunt, with additional vocals from Lissa and Cayenne Barnum. This is a companion set to the double cd-book by Andrew and Boris released in 2011 entitled ‘Feed the Clouds’.


Acoustic guitar over the top of garage indie drums makes this a really interesting sounding tune. With some keys and bass to round it out not unlike early Elvis Costello.