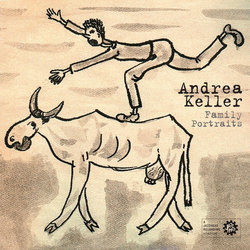 Since the release of her first album in 2000, pianist and composer Andrea Keller has established herself as an important contributor to Australian jazz and contemporary music. Described as having “one of Australia’s most consistently interesting musical minds” (Doug Spencer 2007), she has released numerous albums as leader, toured nationally and internationally, and received commissions from a wide array of musicians, ensembles and organisations.
A recipient of grants to produce new music, most notably from the Freedman Foundation (2001), an Australia Council Fellowship in 2010 and Royal Children’s Hospital for ‘A Castle for All’ (2008), the Keir Foundation and Four Winds Festival for ‘Place’ (2010), and Meditations on Light (2012). Her work for prepared big band Affectations received Jazz Work of the Year, 2012 at the Art Music Awards and is selected to represent the Australian Section at the ISCM Festival World Music Days Poland 2014.


Dedicated to the three grandparents I never had the chance to meet. Although their images have been retained through photographs and stories, I have never heard the sounds of their voices, an enormous part of my connection to those that have passed is through the memory of their voices.