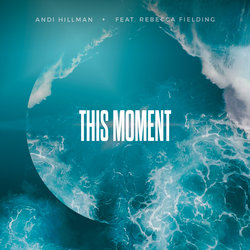 Andi uses his love for music and gift of song-writing to communicate some of who our God is and in doing so, hopes to inspire people to draw closer to Him.
Andi is based in Melbourne and has been writing songs for over 20 years. His debut EP, AWAKE MY SOUL, was released in Oct of 2015, with his band who shared Andi’s heart for worship and creativity. Awake My Soul, produced by Daniel Kelaart, is a collection of songs written to articulate the hope and forgiveness found in Jesus.

Since then Andi has continued to grow in his passion to see people encounter the power, love and truth of God through his music. Andi returned to the studio early 2018 to begin recording his second project, THE TIME HAS COME, in which he hopes to capture something of what the Spirit’s doing across Australia.

The first single “This Moment” is out now! This song was birthed out of a time of self-doubt and uncertainty, where Andi was questioning his gift, his creativity and himself. After days of this weighing on him, he picked up his guitar and sang to Jesus. “This Moment” was created.


This Moment is fairly straight pop/rock track with a contemporary flavour. Inspiring, moving, worshipful gospel song. Full band, with a finely produced sound to move people into a soundscape of music. Written by Andi Hillman, and featuring the incredible and unique vocal of Rebecca Fielding in her debut performance.