Anabelle Kay - Nightmare Of A Dream 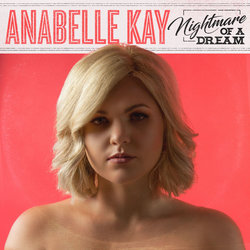 Anabelle had her musical awakening in the tiny town of Cashion in the US Midwest, a place so small you could be forgiven for wondering where the tumbleweeds are floating down the main street most days. As Kay explains, it was living there for several years in her teens that she met her greatest muse and inspiration.

Despite the somewhat unorthodox musical birth, in a place most people have often only attributed to two types of music, country and western. Kay finds herself receiving plaudits from the music industry and fans alike. Similarities to seminal artists such as Joan Baez, Gillian Welch, Karen Dalton and Laura Marling are bandied around.


'Nightmare Of A Dream' was written partly about a US customs experience and partly about the subsequent break up of her long-distance relationship. It is a song about blinding love, and the state of denial that can result when things go sour. She pleads, seemingly to herself “You treat me badly, oh Lord knows you do."