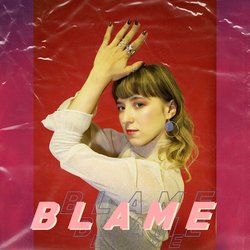 Having released her debut album in 2017 Somewhere in Between, Amela began to receive national airplay on Triple J and regular rotation on community radio stations throughout Australia with her single "Push & Pull". Already possessing a long list of achievements, Amela has been sampled in Allday's "Codeine 17" and has collaborated with diverse international electronic producers including Astre, Clovr, as well as Sydney rock band Bad Pony. Amela also recently performed at the Woodford Folk Festival with Bosnian folk band Cardak and was a Gold Coast Music Award finalist alongside Amy Shark.

Now more ambitious than ever, Amela hopes her upcoming album in 2020 will bring a fresh sound and help her to expand musically, giving fans an exciting new journey to join with her. With Amela's lead single "Blame" having been made possible by receiving a grant through the Gold Coast Activate Music program, it's not hard to see the Sia-inspired artist reaching new heights.


Gold coast singer-songwriter Amela uses her catchy melodies to deliver a soaring pop track with the release of her new single "Blame".