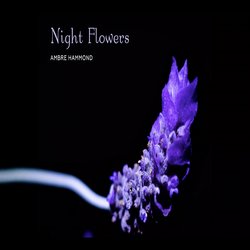 Ambre began piano studies at 3 and gave her first concert at 5.

At 11, Ambre earned a world record when she received the Associate and Licentiate Diplomas of music.

At 16 she won First Prize in the International Music Competition of Argentina. The following year Ambre made her debut playing the notoriously difficult Concerto No. 3 by Rachmaninoff with the Cordoba Symphony Orchestra.

In 2006 Hollywood composer Lalo Schifrin was commissioned to write a Double Concerto for Jazz Trumpet, Classical Piano and Symphony Orchestra for Ambre and James Morrison.

In March 2011, Ambre collaborated with Vishwa Mohan Bhatt, the legendary Indian slide guitarist and disciple of Ravi Shankar. Vishwa won a Grammy for his album with Ry Cooder. Ambre and Vishwa collaborated with their unique and individual styles.

Ambre founded Girl Piano Truck. This involves presenting concerts in in Orphanages and Schools in remote locations throughout the world. Ambre has taken the project to India, Thailand, East Timor, Belarus, The Philippines and Africa.

In 2016 Ambre was nominated for Australian of the year.


Pink Rose - One of the most popular tracks off the album Night Flowers. 24 short pieces for solo piano inspired by photographs of flowers taken at night. This music is very romantic and highly cinematic in nature.