Allume - The Sound of Rain Starting 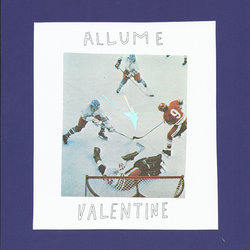 Since uploading demos on soundcloud in 2013, Allume (Elena Nees) has consistently captured attention with her sense of space and honesty in her songwriting. Since releasing her debut EP Why Move Very Fast At All, she’s been seen recently supporting Unknown Mortal Orchestra and Ball Park Music, as well as collaborating/touring around remote Australia with David Blumberg & the Maraby Band.

Allume’s two singles Valentine / The Sound of Rain Starting (both released on Valentine’s Day) explored brave new territory for Elena and were perfectly summed up by The Adelaide Review as “a further deconstruction of singer/songwriter Elena Nees’ minimalist electronic sound”. Experimental yet accessible, Valentine is a release sure to appeal to fans of Julianna Barwick or Tei Shi.

Other tracks by Allume: Valentine  -  All the Rocks
%