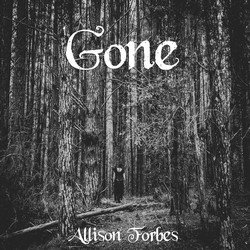 What a year Allison's had! She returned to musical theatre in the smash hit musical ‘Rock of Ages’ in Tamworth and is planning a huge tour and album announcement in the new year. Along with touring the countryside and playing some esteemed festivals (Airlie Beach Festival of Music, Gympie Muster, Nimbin Roots, Mildura Independent Country Music Festival), Allison has released two EP’s with Shane Nicholson in the drivers seat, to rave reviews. Both were nominated for, and won, a bunch of awards and hit the iTunes charts.
With her shocking pink hair and a unique blend of americana and folk-infused country, Allison Forbes has well and truly secured her spot tightly in Australia's alt-country scene. Through insightful lyrics and addictive melodies, her stories will charm the pants off you.


Gone is the new single offering by Tamworth singer songwriter Allison Forbes. Taken from the EP ‘Augustine’, Allison explores the emotions of wanting to pack up normal life after disappointments and running away in the middle of the night.