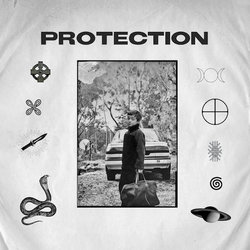 The track follows on from 2018’s 'Wonder Drug' which was on high rotation on radio around the country, showcased during packed out sets at This That and Push Over festivals late last year, and came with some head-turning visuals.

Allday has been busy since the release of Speeding in 2017, with a collaboration with long-time friend Mallrat on her hugely successful single 'UFO' which has racked up over 13 million streams and came in at #70 in the triple j Hottest 100 of 2018.

From smashing his sets on festival stages including Splendour in the Grass, Falls Festival and Groovin the Moo, to selling out his massive headline tour dates around the country Allday has cemented himself as one of Australia’s leading rappers.

His debut album Startup Cult came in at #3 on the ARIA Charts and it’s follow up Speeding landed a #6 debut plus an Air Award nomination. He has 2 Gold ARIA certifications for his singles ‘You Always Know the DJ’ and ‘In Motion’ ft. Japanese Wallpaper and has accumulated over 80 million streams to date.


Allday, one of the hottest names in Australian hip hop, shares intoxicating new single ‘Protection’. It’s a lush moment for the artist, filled with smooth vocals and peppered with staccato beats. The track was mixed by Alex Tumay who has worked with the likes of Yung Thug (as his long-time personal engineer), 21 Savage and Metro Boomin.