Alice Skye - You Are The Mountains 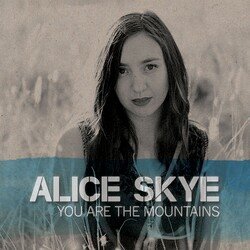 Last year Australia’s longest running Indigenous music label CAAMA Music ran a nationwide competition to uncover a new crop of female Aboriginal singer-songwriters. Titled the Alukura Competition (Alukura meaning ‘women' in the Arrernte language) CAAMA selected eight incredibly talented and passionate women from all corners of Australia to record a compilation album at their studios in Alice Springs. During the recording process the women participated in music business workshops, were mentored by musical duo the Stiff Gins [Nardi Simpson and Kaleena Briggs], and connected to the country and culture of Central Australia.

For most of these women it was their first time recording in a professional studio and from this invaluable experience they received knowledge and contacts to support and grow a successful musical career. The result is The Alukura Compilation an album that will feature a song from each of the eight women and will be released by CAAMA Music in early 2016.

In the meantime, to give listeners a taste of the talent, two artists release their singles now; Alice Skye [ViC] with You Are The Mountains and Kristal West [QLD] with her song And That’s Why


You Are The Mountains is a piano driven, melancholic lullaby showcasing Alice Skye’s skills as both singer and songwriter. An emotionally powerful ode to her father who passed away when she was a young child; he was her connection to her Aboriginality