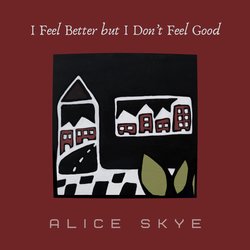 Alice Skye has been steadily gaining a reputation as one of Australia’s brightest new faces since releasing debut single “You Are The Mountains” in 2015 and being chosen as a finalist in the triple j Unearthed NIMA competition, followed by a breakout BIGSOUND performance in 2017. In 2018 she was awarded the inaugural First Peoples Emerging Artist Award, followed with the release of her debut album Friends With Feelings, which saw Alice named FBi Radio’s Independent Artist of the Week and triple j Unearthed Feature Artist. The acclaimed record has since accumulated over one million streams on Spotify and reached #10 in the Apple iTunes charts. During NAIDOC week 2018, Alice also participated in a special project alongside Ziggy Ramo and Trials, co-writing a popular single.

On stage, she has supported the likes of Benny Walker, Archie Roach, Colin Hay, Thelma Plum, Clare Bowditch and Stella Donelly. She’s charmed crowds at the Falls Festival nationally, the 2018 NIMA Awards as triple j Unearthed competition winner, and more. Next up, Alice will be performing Lost Lands travelling to New Orleans to perform the Sounds Australia stage at the Folk Alliance International Conference in January 2020.


Packed with fire moulded in tender vocals, the track finds its groove in steady percussion and stripped back piano, before taking flight in a crescendo of harmonies embraced in layered production. Emotionally transparent, Alice’s evocative words hold a hand out to those living with anxiety and give voice to the battles fought in the face of mental challenges.