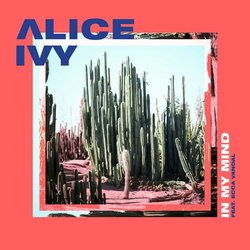 With the effervescent electro-bop ‘Close To You’ Feat. Flint Eastwood still ringing around our brains, Melbourne producer Alice Ivy is already back with a new killer collaboration for us to soak up. Having teamed up with fellow Melbourne artist, Ecca Vandal, the duo has delivered the hypnotic new single, ‘In My Mind,’ that is destined to soundtrack / elevate your next trip.

Alice Ivy’s eclectic sound spans sample-influenced soul, hip-hop and electro pop, which she brings to life live as a multi-instrumentalist. She’s now poised to take her show on the road, supporting Melbourne groove merchants Northeast Party House on their national Magnify Australian tour. Tickets for those shows are set to go on sale Thursday, July 11 at 9am. Dates and details below.

With four past singles on high rotation at triple j and an ever-growing reputation for her explosive live performances, Alice Ivy is fast becoming recognised as one of Australia’s most versatile and exhilarating artists.


Featuring Ivy’s signature atmospheric and other-worldly production style – combined with the chameleon-like vocals Vandal brings to everything she touches, ‘In My Mind’ captures both artists at their electrifying best, elevating their games to a whole new realm and producing a track that is mesmerising from start to finish.