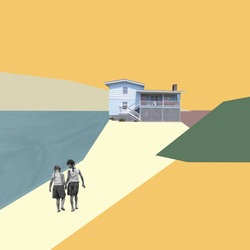 In March 2017, Alice Ivy released the blissed-out, electronic single 'Get Me A Drink' featuring Sydney’s E^ST and Melbourne rapper Charlie Threads on shared vocal duties which The Age placed at #8 in their “Best Songs Of 2017 So Far”. The track was added to high rotation at triple j as well as earned her acclaim from across the country with the likes of Zan Rowe declaring in a recent interview with Stoney Roads “Her production is really exciting and every song she’s uploaded to Unearthed has been stronger than the last”.


Three-and-a-half minutes of sun-drenched synths and crunchy drums expertly adorned by Adelaide-based emcee and one half of Man Made Mountain, Caseaux O.S.L.O. as well as Singaporean singer Tim De Cotta with whom Ivy forged a friendship with while touring there in ’16.