Aleyce Simmonds - When I Say Too Much 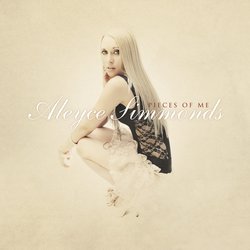 
The second single from Pieces Of Me, an upbeat song about the times in our lives that we say a little too much. Written by Aleyce and Rod McCormack. The Music Video peaked at #12 on CMC and is Currently at #10 on the Country Tracks Top 30.

Other tracks by Aleyce Simmonds: The Healing Hands Of Time  -  Bondwood Boat