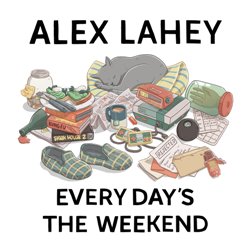 Alex Lahey hocked her beloved 1999 blue Corolla to pay for the recording of her debut EP. First single out of the boot was Air Mail, introducing the airwaves to the Melbourne-based singer-songwriter’s knack for melodic, guitar-driven hooks.

Lahey recently set the music industry abuzz with the insanely catchy You Don’t Think You Like People Like Me. From the attention-grabbing opening bars (those drums sound like an angry landlord thumping your front door on a Sunday morning), it flips the classic break-up line “it’s not you, it’s me” on its head. Upon release in March, People… was immediately added to rotation on triple j, triple j unearthed, Syn FM and FBi FM, and started popping up on music blogs everywhere. It was then Pitchfork gave it Best New Track and got the rest of the world talking.

Along with her three-piece band and producer Oscar Dawson (Holy Holy, Ali Barter), Lahey is set to release her debut album in October 2017.


Distilling universal experiences into wry, punchy indie-rock songs is what Alex Lahey does best, and Every Day's The Weekend is no exception - a jaunty ode to millennial angst and all the complicated feelings that come with it.