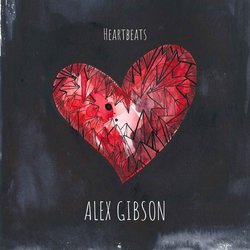 Alex Gibson has rightly earned the reputation as one of Australia's hardest working and most exciting musical acts.

In 2015 Gibson decided to gamble on himself and jump in the deep end of the UK music scene. He spent his time there developing a new sound based on his dramatic shift into the eye-opening new life of living, breathing and touring around Europe and most recently, Sweden.

He has performed at multiple iconic London venues including the 'Marquee Club', where he was featured as one of the 'Timeout London's' Rising stars of 2016.

He describes his music as a “mix between Pop, Soul and Folk” citing Paul Simon, Stevie Wonder and The Beatles among his musical influences, alongside modern-day stars such as John Mayer, Sean Mendez and Coldplay.

2019 is the most exciting time of Alex’s career so far; with new music about to be released. It is the culmination of all that has been, including the hardships, the excitement and rawness of his life experience. It is an honest and relatable catalogue of songs written by Alex. Big things are on the horizon for this talented artist.

Sydney and Melbourne show's are being organised for November/ December 2019.


This song hits close to home for me. It is about the miscarriage of an unborn child and the struggle of dealing with this loss. It is such a common experience for Women and couples and generally isn't talked about. I hope this song can connect with people and help them move on from grief.