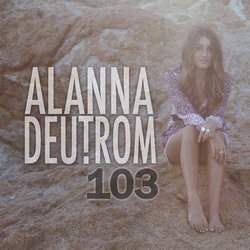 Fresh out of the Australian Academy Of Country Music, Alanna Deutrom is set to make her mark on the music scene with her long awaited single release “103”.

Known for her energy, originality and charismatic personality, you can’t pass by without noticing her clear honest lyrics. Her songs have a strong pop sensibility with a sprinkle of Country.


At 22, Alanna has had one huge musical journey that has taken her around the world. Endorsed by Maton Guitars, she's toured Australia with the Hot 30 Countdown, Girlfriend Magazine and Channel V, opening doors to new adventures in London where she found herself writing, recording and gigging. Upon the release of her debut EP 'Zero Gravity', she joined forces with the Reach foundation, touring Victorian High Schools to inspire teenagers through her music. Alanna isn't afraid to chase her dreams, recently hitting Nashville and playing on the World famous Bluebird Café stage.

After years of pursuing trends and trying to find herself she decided to stick to what she loves best, writing songs, playing guitar and telling stories. In this act of faith Alanna stumbled upon her love for country music, and finally found a place that she belongs.


103 is a fun spin on life, encouraging everyone out there to tick as many things as possible off their bucket lists so that when they get to their 103rd Birthday you are left with no regrets.