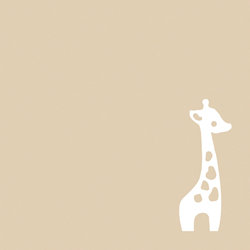 
Footsteps left in the snow captured in the strings.