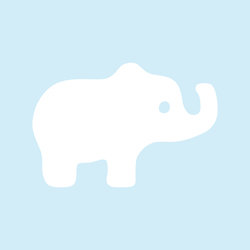 
We played under the bugs as she looked at me with her apricot eyes.