Al Parkinson - I Get Through The Year Just Fine - Internet Download 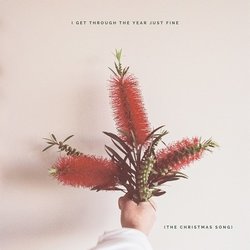 With her soulful folk melodies and not a hint of Christmas cringe, Al reminds us that Christmas is for love - both lost and found. “I think that when a relationship ends, there are certain times of year that you REALLY miss that person. For me, it was Christmas time. There’s a romanticism about this time of year for me. It’s about pretending that you’re moving on and totally fine but really, you’re not fine and you miss them ALL the time." Says Al.

Produced by longtime friend, Jono Steer (Ainslie Wills, Angie McMahon, Gretta Ray), the single will feature on her forthcoming EP, out in 2020.

Al is no stranger to the live music scene in Australia having played all over the country, numerous festivals (Queenscliff Music Festival, Nannup, New Years Eve on the Hill) and supported some of her favourite musicians including Angie McMahon, The Teskey Brothers, Gretta Ray, Mia Dyson and David Ryan Harris (USA) to name a handful.


The idea for the song came from my love of cheesy holiday music and a Chet Baker song ‘I Get Along Without You Very Well” says Al.