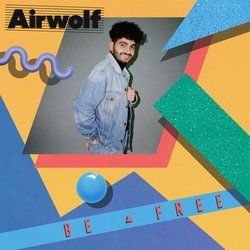 Melbourne’s Airwolf is taking flight. Armed with a solid repertoire of club-ready house tracks, he has taken the Australian music scene by storm, showcasing his production prowess to packed dancefloors across the country.

Since breaking onto the scene and signing with etcetc in 2016, Airwolf has released a string of house thumpers, hitting top 10 of the ARIA Club Chart, top 5 in the Spotify Viral Chart and garnering support from heavyweight DJs and tastemakers MK, Claude VonStroke, Rudimental, Cassius, MJ Cole, Sinden and more. With radio support from Diplo & Friends & Annie Nightingale on BBC Radio 1, Anna Lunoe on Beats 1, and Richard Kingsmill, Dom Alessio, Friday Night Shuffle & House Party on Triple J, its clear future Airwolf tracks are set to heat up dancefloors and radiowaves alike.

Taking the Airwolf show to the road with headline shows from the iconic Sydney Tower Eye to Brisbane, Melbourne and Adelaide as well as supports for heavyweight internationals Duke Dumont & Jax Jones & previous festival appearances at Listen Out, Beyond The Valley & Splendour In The Grass.


‘Be Free’ combines inspirational memos about freeing yourself from the judgement of others, with a hint of sass for good measure and the right amount of slamming garage house.