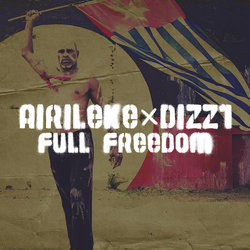 Airileke (irie-leck–ee) is a respected and pioneering producer/musician who draws on his PNG and Oz roots, creating a new sound with futuristic ideas and beats that hark back to ancient Melanesian culture.

Sample based hip-hop, fierce log drumming, PNG chants, atmospheric soundscapes and samples of West Papua's Free Papua Movement delve into one of the region’s darkest stories. Debut album Weapon of Choice was nominated for an ARIA Award and listed in the top 10 World Music Albums of 2012 by UK’s Songlines magazine.

His sought after productions include film, television and album credits. Growing up learning traditional drumming from his village Gabagaba, Airi then went on to learn log drumming from all over PNG & the Pacific & studied classical percussion.


Airileke and Dizz1 use the energy of Krump to deliver a powerful message for West Papua. It’s the first time the Krump community has rizen for a solitary cause.
Merging rap, spoken word and the aggression of Krump mashed up this is a powerful call for Full Freedom.