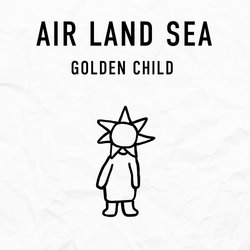 It was a spur of the moment writing trip taken by three old friends to the cold yet beautiful country plains and natural springs of Daylesford in rural Victoria that gave birth to Air Land Sea. Working into the freezing nights huddled around the fire in a house perched on a hill, the friends came to the realization something special was emerging.

The freedom of writing for writing's sake was at once liberating and so very fruitful for the three seasoned songwriters. As the songs evolved so did the singular blend of the three voices, each taking turns at singing lead and joining in rich, three-par harmonies. The process unfolded not so much by design but through letting things happen in their own telling way – through storytelling and friendship.

The resulting album is a collection of songs with the confessional openness that only three best friends writing together can produce. The influence of the Californian setting for the recording is heard through its focus on warm three-part harmonies and acoustic instruments, counterbalanced by experimental textures touching on the classic psychadelia and pop of the 60s and 70s.


Acclaimed friends and musicians Lior, Nadav Kahn and Tony Buchen have come together as Air Land Sea to release their sophomore single Golden Child, a gorgeous symphony of harmonies and vulnerabilities, and announce their self-titled, debut album to be released on Friday, August 16.