Ainslie Wills - Fear Of Missing Out 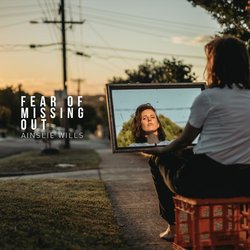 New album, All You Have Is All You Need channels personal realities into timeless music for the modern age. Featuring the APRA nominated songs of the year Running Second and Society, the result is a profound statement of vast emotional depth driven by Ainslie’s flawless balladry, produced alongside longtime collaborator Lawrence Folvig, as well as Matt Redlich (Ball Park Music, Emma Louise) and Jono Steer (Gretta Ray, Hiatus Kaiyote)

Since the release of Society, Ainslie has performed a show-stopping set alongside Angie McMahon and Gretta Ray at the Camden Assembly in London (with an encore at Melbourne Music Week), Paradiso in Amsterdam and Reeperbahn Festival in Germany.


On the sprawling and boundless Fear Of Missing Out, Ainslie wrestles with the existence of internal conflict and consciousness.