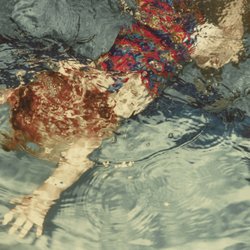 Ainsley Farrell is a native Californian, who currently resides in Sydney, Australia. From her early teens until present, she has been influenced by the likes of strong female blues singers such as Aretha Franklin, Bessie Smith, and Big Mama Thornton. At age thirteen, you could find Ainsley in her bedroom singing and grooving along to Franklin’s version of the song ‘Respect” on repeat.

Since the release of Dark Hours in May 2017, the EP has received airplay from radio stations all around Australia, including national station Triple J. Farrell was named FBi Radio’s Independent Artist of the Week following her single release ‘Lady Long Hair’ back in January 2017. Her songs ‘Dark Hours’ and ‘Lady Long Hair’ have been given high rotation on Sydney’s FBi Radio.

She has supported Australian artists Julia Jacklin, Stella Donnelly, Angie McMahon, Jess Locke, Katy Steele, Brightness, Slow Dancer, Emma Davis, and Morning TV. Farrell has started off 2018 by showcasing as an official artist at SXSW and will continue on a tour around the U.S.


Alluring melodies wrapped in a stunning vocal, delivered with an Americana folk sound that leaves you a little giddy.