Ah Trees - Do It All Wrong 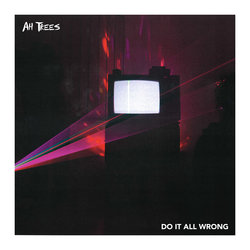 Ah Trees are six friends from Perth, Western Australia, fusing cruisey funk driven indie-pop and moody electronica with tunes that make you want to dance down the hall or drift away on a cloud...

In the last year Ah Trees have released three singles & a debut EP, all gaining national radio play, they’ve supported the likes of Northeast Party House, Ocean Alley, Jeremy Neale & Katy Steele, had the opportunity to perform at Perth’s Beaufort Street Festival, WAM Festival, RTRFM’s Distant Murmurs and played a top three spot in the Path to Laneway Showcase 2016 -as well a run of sell out headline shows in their home state!

The band completed their first national tour at the end of last year, taking their enchanting live show to Melbourne, Sydney & Adelaide. Ah Trees were nominated for a WA Music Award in 2016 & were also in the top twenty most played artists on Perth’s RTRFM.

This October the band will be releasing their latest single ‘Do It All Wrong’ that sees them touring their home state of WA in celebration of the release. The track is the first single taken from their upcoming sophomore release!


The anxiety that comes from an era filled with bad news, morally bankrupt decisions and the uncertainty of our collective future. The arrangement features emotive keys and haunting 80s synths, making way for bright chorus-laden guitars and a tight disco-inspired rhythm section.