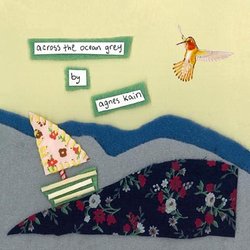 It has been an eventful two years since the release of our debut album, 'Keep walking or I’ll kill you', and 525 days since we’ve been home. At the moment we're in London and about to release our second album 'Across the ocean grey'. Penned on buses, trains and during airport sleepovers around the world. Recorded by us in our little London flat and in spare spaces about the town. Mixed and mastered in Glasgow at Ca Va Sound by the lovely Brian McNeill.

Songs from the album were inspired by a great adventure. We have been exploring, hunting, gathering, listening and remembering. We climbed to the top of a mountain, we took a forty-hour bus ride, we saw a spider bigger than our hands, we walked through a scared valley, we were sick, we saw dead bodies and dead dogs, we visited a city of god, we drank Havana Club in Havana, we danced with locals, we wore their clothes, we went to great heights, were dizzy, we swept through the dessert, we saw flamingos, we rode a train with gypsies, we played in the snow… and fell in and out of love.


A song about missing your home

Other tracks by Agnes Kain: A Great Idea
%