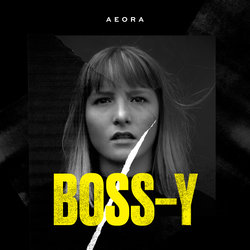 ‘Boss-y’ sees the first single release from Aeora for 2017 with her finding an empowering and darker edge. Co-produced and mixed by Haxx in JoyLuck Studio and mastered by Joe Lambert.

Known for her raw emotion and commanding vocals, Melbourne’s Lisa Spencer aka Aeora draws together her experiences as a teenager, focus on country singing techniques, the admiration of strong female vocalists and her bedroom production.

Aeora has been impressing crowds up and down the east coast of Australia with her live show. Notably supporting the likes of Glades, Confidence Man and Evangeline, including an interstate co-headline tour alongside labelmates RKDA.


In Aeora's own words ‘Boss-y’ is about “being a woman, being insecure about certain things I do and feeling a bit shut down by people. That's how it began. And this idea of being confident coming across as 'bossy' because I'm a woman"